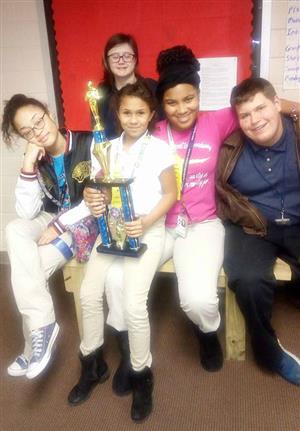 Vincent Middle School drama students placed 2nd in the Educational Drama Association (EDA) competition February 18, 2017.  “Our Mustangs have placed 2nd in the small school division at 3 of the 4 EDA contests attended,” said Vincent Principal Dr. Lydia Bahnsen.  “Most of our Mustang participants have qualified for the state competition in at least one of the 8 categories by scoring superior.” 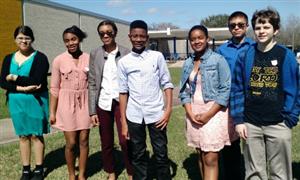 Vincent band students performed at the Solo & Ensemble contest at Lumberton High School February 18, 2017. “It has been several years since Vincent has participated in this event,” said Vincent Band Director Kathryn Barton. “I am so proud of the students for their effort.”

Receiving a superior rating (and medal) on solos:

Receiving an excellent rating on ensembles: 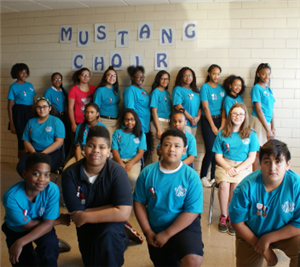 Vincent choir students competed in the Solo & Ensemble contest January 20, 2017.  “Vincent brought 20 students to this competition and we returned with 27 gold medals,” said Vincent Choir Director Magon Loring.  “The judges for this competition were retired choir directors that have an extensive accomplishment list. They complimented the group on their behavior, sound, and always paying attention to the director. I am so proud of these Mustangs.”

The following students competed in a group and earned a superior performance medal: